Investing in drinking water has a return rate of two years 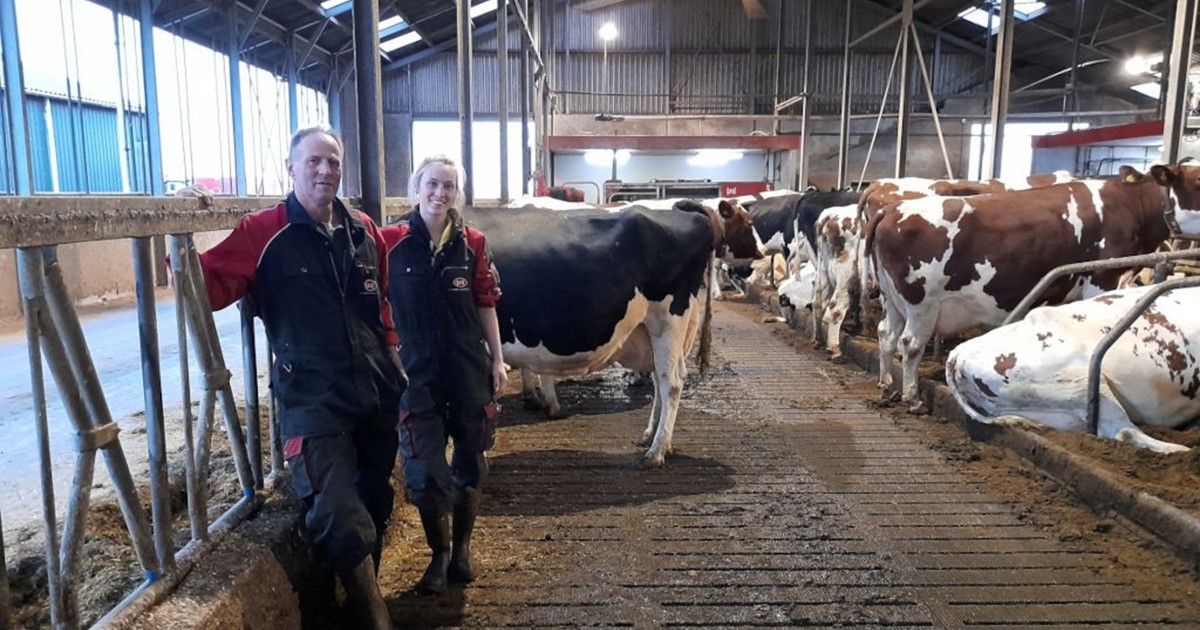 "The value of Watter is not only in excluding bacteria." Speaking is Jan Poppe, dairy farmer in Zwolle, "If you want to get out of the cow what's in it you also have to perfect the drinking water." Daughter Julia adds: "You have to want to drink it yourself, eh. A clean container with fresh water encourages the animals to drink well. That stimulates feed intake and supports the animal's natural resistance."

More attention to water: but how?

The Poppe family is a textbook example of the new way of farming. On the farm, their love of cows is combined with healthy entrepreneurship and social commitment. In addition to her activities on the dairy farm, Julia also works as a teacher at the agricultural college in Raalte: "I like the fact that I can now bring drinking water to the attention of the students myself; to be honest, I missed out on it a bit." Father Jan responds: "The presence of algae and bacteria had been a thorn in my side for some time. We just didn't know how to tackle it properly. We knew users of chlorine, but we don't want to use it ourselves. It's dangerous and not allowed."

During a trade show, Jan came across the Watter technology, while Julia visited a company using the system around the same time through school. The Watter system is a device that makes a disinfectant from water through electrolysis. It is automatically added to the animals' drinking water, purifying it of bacteria and biofilm while being biodegradable. "The result was unmistakable," indicates Jan: "there was garbage coming out of the pipe at first, but after a few days the water became crystal clear and has been so for three years now."

Investment yields more than it costs

But that is not all: the results of the Udder Health Tank Milk are proudly shared: "We have had zero points for years. There are simply no bacteria such as Streptococci, Aureus and Klebsiella shown in the tank milk test, except for a few environmental bacteria. In terms of somatic cell count, too, we went from 300 to 150 in no time and have now been at 135 for a very long time.

After all, as a dairy farmer you are more of an entrepreneur than ever. According to Poppe, this goes hand in hand with a different mindset: "When I talk to fellow farmers about Watter, it's all about the costs. People are used to not spending any money on water, so every euro is an extra. But with any investment, the costs precede the benefits. What I think is not talked about enough are the things it brings and how often can you try out a technology first before you buy it? What has convinced us are not only the production increase or improved health, it's also all kinds of smaller things that add up to a lot of value. Our animal dosage has dropped tremendously and so has the number of treatments, so that saves care, medicines and vet visits. When I list it like this, we've already paid off the device for a long time. Let's talk about that," concludes the dairy farmer with a smile.

Also wanting to benefit from the advantages of a Watter-system?

You can try out a Watter system yourself for six months. For a small fee, you will discover the benefits of clean drinking water for your farm. Would you like to know more? Please contact us!

Discover it for yourself?

Try out the Watter-system for six months to find out for yourself what clean water can mean for your business.